The January transfer window is something fans of all clubs look forward to, until it actually comes and their side is less active than Susan Boyles gym membership. But one side did not disappoint their fans and pulled off a massive coup in the final hours of the window last night. Forget Zaha, forget Cuadrado and definitely forget Darren Fletcher, we’re talking about Craig Wells return to Ynyshir Albion FC.

The Welsh amateur side had us in stitches at #GRG as they documented every detail of Wells’ move, who by all accounts is an absolute club legend and returning for this third stint. Have a look at how it played out below…this is how you do transfer deadline day! 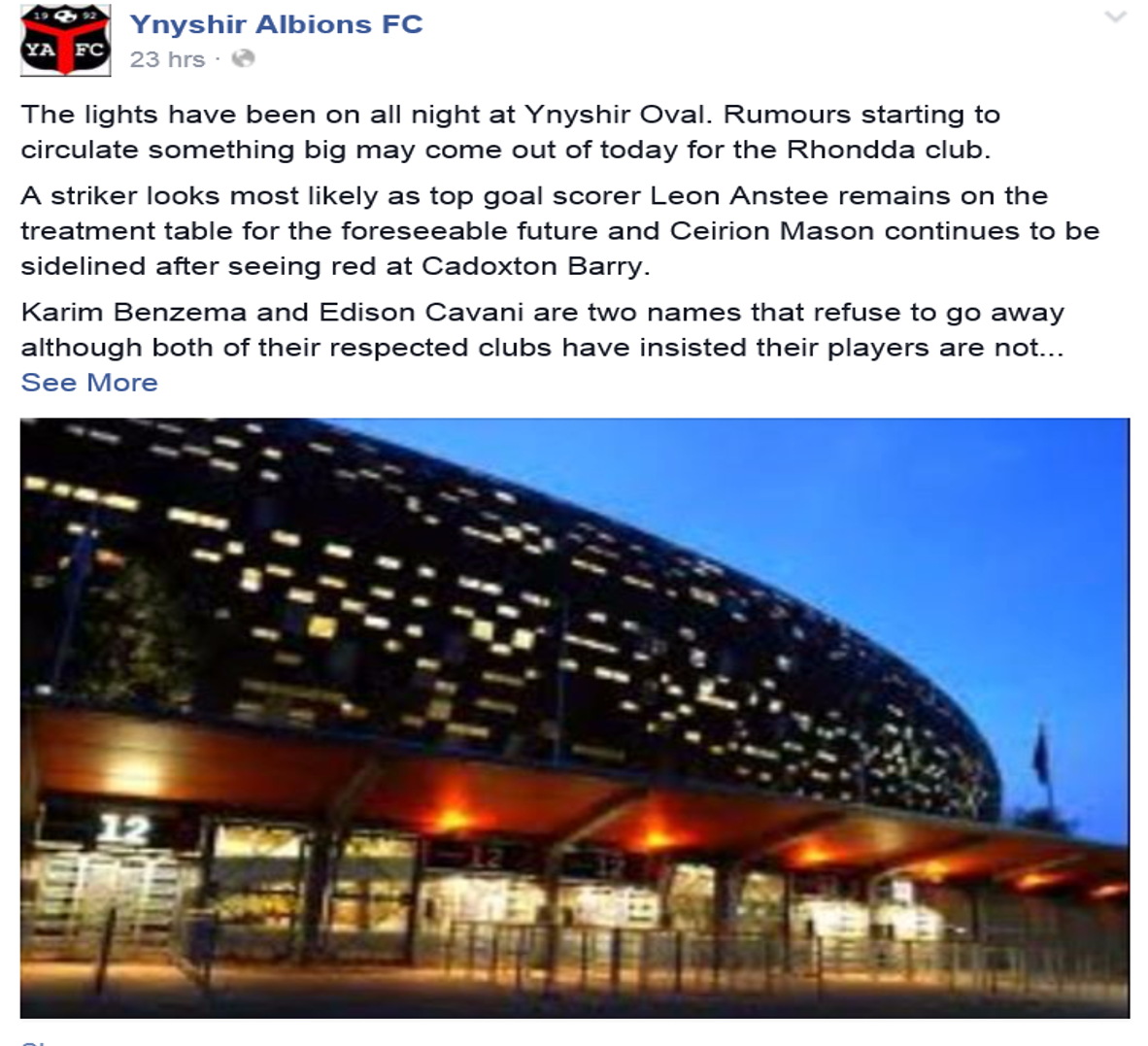 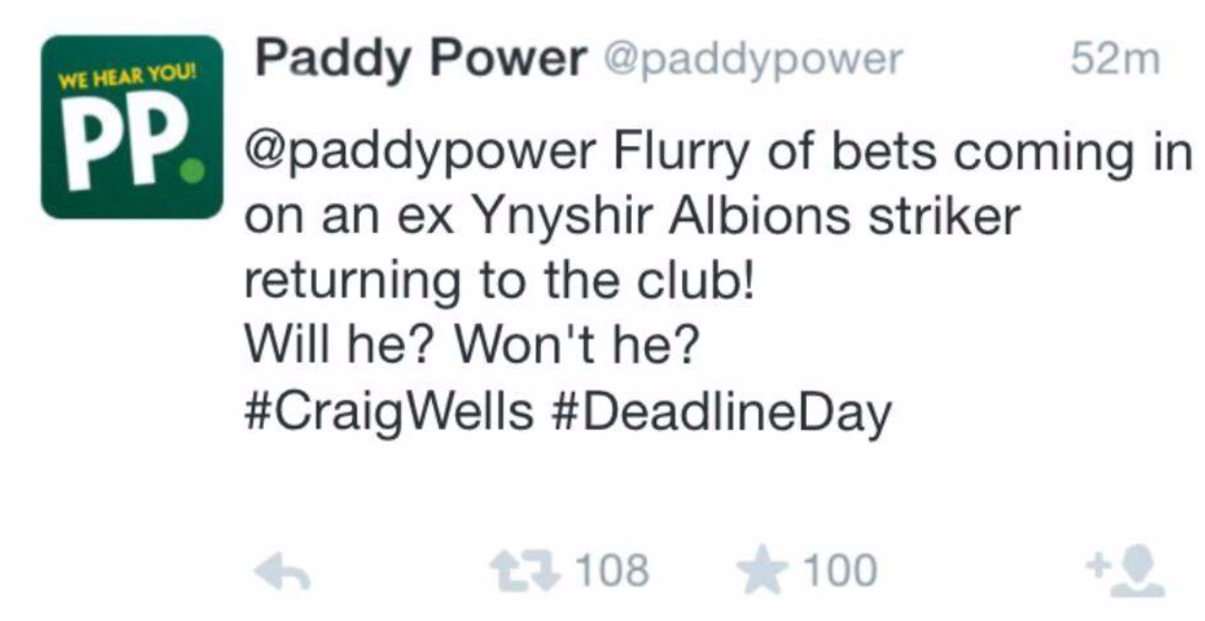 Apparently the betting markets starting picking up the rumours at midday 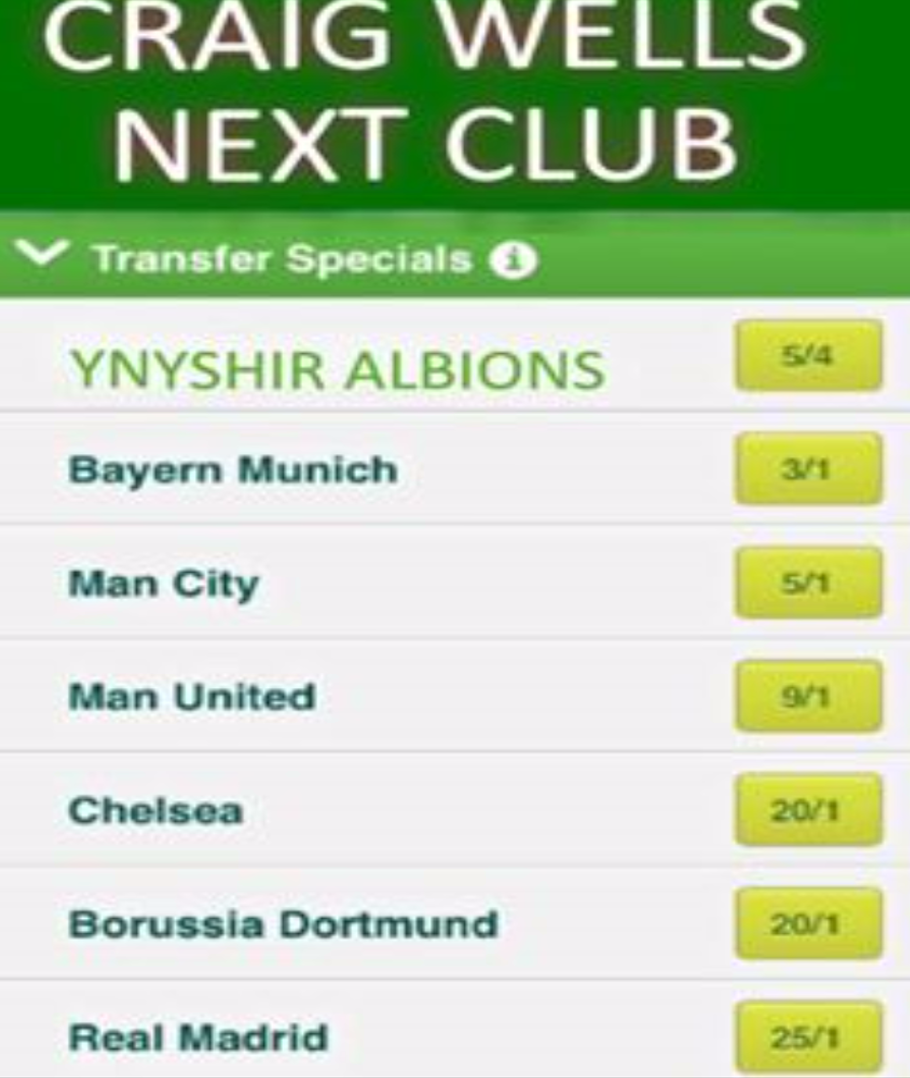 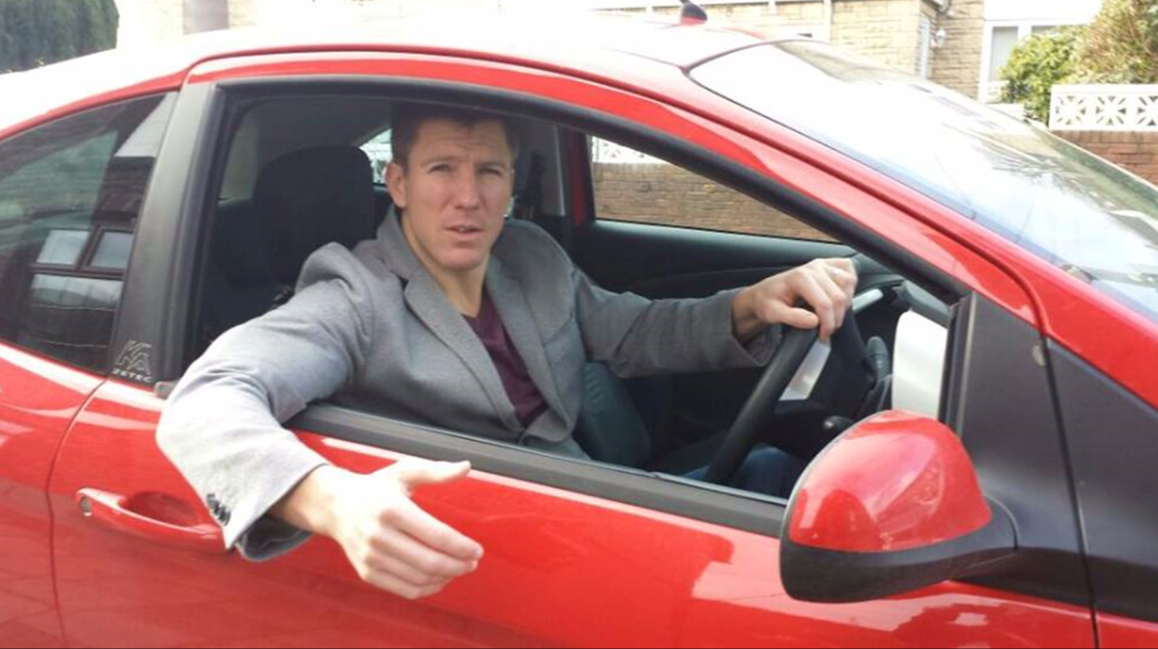 Wells did his best ‘Arry impression turning up to the club A delighted Wells finished the day with the following statement “Ynyshir Albions breath football and if you look at the players, the stadium, the coaching staff, the history, my choice was made very soon in my mind. I always listen to the little boy inside me in these situations and that little boy was screaming for Ynyshir Albions”

Take a bow Ynyshir Albions FC – this is the kind of stuff we want to see… got a funny story or video from your local club send it #GRGs way!