It’s not everyday you make a cup final and these lads are certainly making the most of it.

Amateur side EK Milan have absolutely smashed social media over the past few weeks ahead of their first ever cup final, garnering the support of some major celebs in the process! 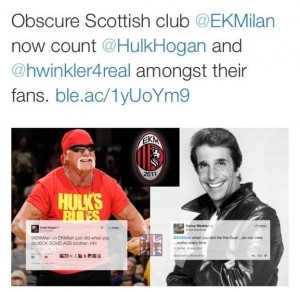 Their twitter campaign has seen them pick up Hulk Hogan and The Fonz as fans with both sending messages of support to the East Kilbride team. They’ve been all over local press and even turned up on Scottish TV on Friday night. 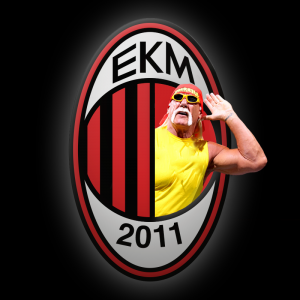 They line up against Southside Burgh next Sunday with the winner taking home the coveted League Cup trophy.

Safe to say they’ve caught the imagination of all of us here at #GRG. We wish the lads all the best, send your support to them via their Twitter page https://twitter.com/EKMilan