Sean Geddes can’t have had many better months…he’s currently got the number 1 rated goal worldwide to his name with the outrageous Rabona effort against Barrow, however, that’s just the tip of the iceberg!

Geddes also scored a 25 yard free-kick in that game and recently scored both goals in Worcester City’s 2-1 win against Coventry City putting them into a 2nd round clash with Scunthorpe United. Many are predicting that game could be Geddes’ final one for City, with a supposed 22 league club scouts watching him. We spoke to Aaron White, a scout who spotted his potential long before last Saturday.

“I spotted him playing for Man United against Walsall and once released signed him up for my club Stourbridge.” The subsequent move to Worcester City looks to be Geddes final non-league destination, with his outstanding talent no longer a secret. “His [Rabona] goal is being shown all over the world, it’s amazing. He will go pro.” 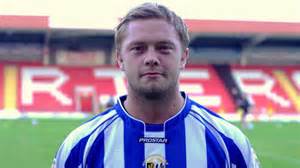 We wish Sean Geddes all the best, yet another example of the quality that exists in non-league. Have a look at the full video of the Barrow game, watch out for Geddes outrageous brace: