SALISBURY City Fans haven’t had the easiest of rides over the past few years. Dreams of league football following their ascension in to the Conference Premier have long been banished with their subsequent tumble down the non-league pyramid, into administration and eventually ceasing to exist.

However, their loyalty and support for the Whites has never been in question. And, after years of turmoil  hopes were raised when a consortium of Salisbury businessmen purchased the assets of the old club and formed a new club called Salisbury FC.

Together with renowned sports journalist Ian Ridley as advisor and well known footballer Steve Claridge as manager, it seemed like this new club could have a bright future despite all the heartbreak that had gone before. But it wasn’t to be. 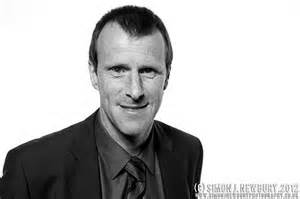 In 1997 Raymond McEnhill had given Salisbury a football stadium with the intention of ensuring that there would always be a place for a Salisbury football team to play. However, with the old club folding, the trustees of the Raymond McEnhill trust don’t seem willing to allow the new club to use the existing facilities. In fact, so far they haven’t seen willing to even discuss the future with the new club owners.

So, everything is in place, except for the all important aspect of a ground! Sign this petition to help the supporters of the newly formed Salisbury FC have their voices heard. The football club is the heart-beat of the town to locals and with the support of #GRG and others, then hopefully they can get back on track to securing their ground and their future! Big up Steve Claridge as well!